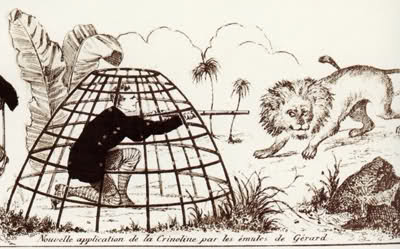 (INTRO)
Its nothing though, you know?
We all go through pain
and others, who don’t
have such an obvious scapegoat,
look for it. To feel the satisfaction
of uttering, “im suffering”
the pity of me is where your eyes be
come, let me occupy your attention
help me give this pain a name.

The best cure for satisfaction
is to know what satisfies.

(VERSE I)
Should you remain nameless
faceless and self originating
you dissolve my innate need for you
We are an empathetic species.
Without blame, my pain becomes empathy
without sane, we become one
tangible being made of ambient light
filtered through our atmosphere and made of our sun
The canker sore we can’t stop tonguing
is the invisible space we build our dwellings around
proves our awareness of the emptiness between between us
fueling our anxiety of separation
fooling so well our perception of equality
it makes me question
if the invisible god is also my invisible pain.
if this invisible space is an illusion
and if all three are most latter and the same.
we feel power over a lion, once we give it a name
even our closest ancestors we feel we can tame
with inoculations and eye drops, drugs without fame
An intentional disconnect of our empathetic brains
is required to feel so empowered and insane
when it comes to life and the need for blame
your internalized majesty recognizes the pea
under 18 mattresses and i have no sympathy
but I know a place where 17 people sleep on concrete
and they would split that lentil equally
even though what they want is potatoes and meat
they would split that lentil equally,
and wake up with a sigh
after having slept beautifully
their hunger pain is empathy.

(VERSE II)
So my little rose thorn
I’ve decided and told the fisherman
the oracle, the doctor and the whore
I insist for satisfaction to saturate my core
no matter the costs, there’s nothing you can say
I want your freshest halibut and tilapia from
the clearest water bay, I want the fish you feed your
children, dear sir, will you sacrifice this for my pain?
I demand a suture and stitches and thirty of your minutes
Sporotrichosis should be your main focus
and mam, please tell me of fungus and pus.
The oracle, he tells me there’s no need to fuss
that my soul is an old one and
the stars are on my side
is proven my palms and its lines
when I ask of this small orange calls
he says its a mound which represents
my future palace.
When she arrives, i say this is the last of my life
you can imagine what happens.
But the next day, I’m left with a sigh
and thanking an invisible god that i am alive,
I try to speak my emotions with trust
but there is a language barrier, I must
confess
I’m trying to say I am hurt by something that can’t be seen
by the fisherman’s night vision
or the doctor and her tests
the oracle has no position
perhaps the prostitute should rest
instead of symptomatic service
i suppose I could jest
away from a life of self interest.

(outro)
Take what we say as sound trying to be light
with such a reliance on words we’ve forgotten
there is a language written for our eyes
that does not appear black and white
up and down right to left or left to right
but is made of animate characters
and energy shifts and emotions which
might live on the side of a barrier
language cannot cross,
describing a century of growing moss
the decent of a banyon or the effects
of a diet high in sugars without floss
In words we can categorize and pause-
tulate our own futures,
describe an endless past
of truths lies triumphs and mishaps
but here we are now, and in this present I must bask
in figures, sketches and sculptures which alas
cannot break the language barrier.